As a kid, sports have always been a great motivator and have inspired me to try harder, work harder, focus and achieve. I played a lot of basketball with friends so it’s no wonder I really enjoy watching inspirational basketball movies. Maybe it’s something I can relate to from playing the game. Maybe it’s how individuals overcome all types of obstacles and come together as a team. It could be that I just like watching a good story and seeing the successes that come from the adversity teams face. Either way a good basketball movie can inspire and motivate you to accomplish things you never thought you could.

A classic tale of the little guy taking on the world against all odds. This movies setting is in small-town Indiana featuring the story of the Hickory Huskers, an underdog high school basketball team with a good but volatile coach played by Gene Hackman and his assistant, the alcoholic father of one of the players. Watch as they learn to play as a team overcoming obstacles both on and off the court. It’s been labeled one of the all time favorite inspirational basketball movies.
Spoiler alert! This is the final seconds of the last game….

Based on a true story. The incredible story of the team that changed the game forever. The story of Texas Western and the season that they won the national championship game with 5 black players. Having to compete from a small school against the reigning powerhouses in a time where the team had to overcome racist attacks while traveling on the road, this is one of the great inspirational basketball movies.

Get your copy of Glory Road

On the streets of Richmond these young men just struggle to survive and get out. Coach Carter, played by Samuel L. Jackson, came as the new basketball coach, with new rules and academic standards. They all must make a life decision to stand together as a team, teaching them discipline focus and success.

See the full movie of Coach Carter on [Blu-ray]

Shortly after hurricane Katrina ravaged Lousiana, The coach brings together a team made up of players from the five hardest hit schools in the area and teaches execution, cohesiveness and effort to succeed. Based on a true story and truly deserves to be on the list of inspirational basketball movies.

Coach Bell (Nick Nolte), the Western University Dolphins college basketball coach, is under a tremendous amount of pressure to win. With a former winning team and successful program the current isn’t winning as often as it once did and he has desperate need to new top ranked and fast. The problem is that the best up and coming stars — the so-called “blue-chip” prospects — are secretly being paid by other competing universities

One thought on “Inspirational Basketball Movies” 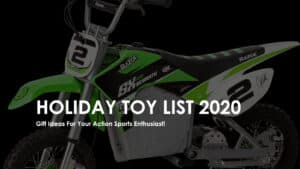