Until recently, the Razor MX350 was the smallest dirt bike from their entire lineup. That’s officially changed with the release of the new Razor MX125. The Razor MX125 is now the smallest Razor dirt bike and designed for riders as young as 7 years old. If you haven’t done so already, be sure to check out our Razor Dirt Bike Buyers Guide to make sure that you’re purchasing the best bike for you or your child. Lastly, keep in mind that this is just a comparison review of these Razor dirt bikes and we recommend taking a look at our detailed reviews of both the MX350 electric dirt bike and MX125 electric dirt bike!

Today, we are going to walk you through all of the main similarities and differences between the Razor MX125 VS MX350. In short, the Razor MX350 electric dirt bike really is just a bigger, stronger and more powerful version of the Razor MX125. Generally speaking, both the MX125 and MX350 are fantastic starter bikes for younger, smaller riders.

What are the differences between the Razor MX125 Dirt Bike VS MX350 Dirt Bike?

Keep in mind that these recommended rider ages come directly from Razor. As a parent, you will need to take a closer look at the individual skills of your child.

So here is another major difference between these Razor dirt bikes. Since the MX125 is catering to a younger rider, you’re going to see a lower top speed with this entry level mini bike.

The MX125 is recommended for a lighter rider so it’s no real surprise that you’re getting a little more ride time.

Here is another one of the biggest differences when comparing the Razor MX125 vs MX350. It also helps to explain why the MX125 has that slightly better continuous run time.

Looping back to top speed, it’s this more powerful motor that makes the MX350 faster than the MX125.

What are the similarities between the Razor MX125 Dirt Bike VS MX350 Dirt Bike?

When throttling either the MX125 or the MX350, think of the throttle more like an on/off switch. In other words, its either full power or no power.

Here is where you can find the current price of the MX125:

Here is where you can find the current price of the MX350:

So there you have it! Now you know the main similarities and differences between the the Razor MX125 VS MX350!

What are you waiting for? Get one of the best electric dirt bikes on the market today!

Thanks for stopping by and checking out our article on the Razor MX125 vs MX350! Be sure to check out some of these other great electric dirt bikes brought to you by Wild Child Sports! 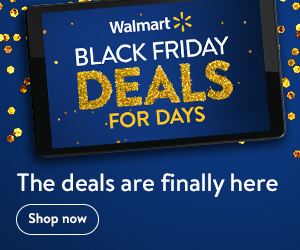